For all those who have loved and admired Ishq Subhan Allah earlier will be certainly considering Ishq Aaj Kal in their watchlist. The web series is a ZEE5 original which is a reboot of romantic thriller TV show Ishq Subhan Allah. This show was a wonderful romantic thriller revolving around two lovely people Kabeer (Adnan Khan) and Zara (Eisha Singh) who were ardent believers of Islam but have the opposite understanding and perspective about it. How they cross paths with each other formed the crux of the TV show. Hence, it will be interesting to see what Ishq Aaj Kal has in store for us.

Going by the teaser, Ishq Aaj Kal seems like a fantastic spin-off of Ishq Subhan Allah, with another mystery to unveil. Like the way Kabeer and Zara did full justice to the characters in Ishq Subhan Allah, Ishq Aaj Kal also has a strong cast featuring Ankitta Sharma and Angad Hasija in the lead roles. The thrilling plot is expected to be as powerful as Ishq Subhan Allah – according to producer Dheeraj Kumar (a veteran in the film industry).

The plot and story

In the teaser, you will see the tinge of mystery where young Alia is with her father – shown in flashback, which is followed by his arrest in the charge of murdering her mother. In the series, Alia (Ankitta) is seen working as a waitress in a hotel where she got introduced to Paras’s character. What follows is a lot of suspense and intrigue.

The entire story revolves around Alia Jaffri, who is on the journey of finding the truth and solve the mystery of her past- about why her beloved father killed her mother. The dark past is something that appears to rear its head up and ruin her present, affecting all her relations- both personal and professional.

Apart from Ankitta Sharma and Angad Hasija,  Bigg Boss 12 fame Roshmi Banik will also be a part of the series and has a strong parallel lead role as Ankita’s best friend. The show also stars Kavita Ghai, Shagun Jaswal and Kunal Nirola in important roles. It is also exciting to Kabeer (Adnan Khan) and Zara (Eisha Singh) present in the teaser. This makes one think, will they be a major part of the series or not? The answer to the question will only be known once the series comes online. 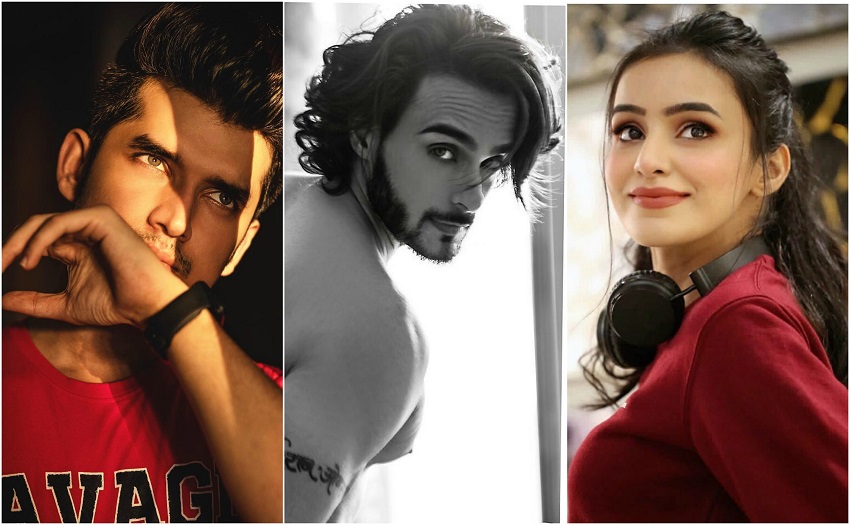 A promising addition to ZEE5’s collection of original web content, Ishq Aaj Kal seems to be tailor-made for fans of romantic thrillers. So, catch the thrilling show from 4th July 2019.  Stay tuned and keep watching ZEE5.