Like its non-aerodynamic title characters, The Angry Birds 2 Movie is a hilarious ride and takes you to a delightfully entertaining flight. All the way it lands on a great hit of this year. Oh – did I mention that it is based on a mobile-based gaming app. Thrilling and exciting where one bird is hit by another. the movie focus on real values and teaches forgiveness, teamwork, modesty, friendship etc. It flaunts a plot and action prefaced on the foundational principles of mathematics and it also promotes girls to study science and be a techie. Read, Angry Birds 2 Review.

Right from the first scene, it’s verified that this series of ‘The Angry Birds’ is rigidly a kiddie flick and thankfully, it did not even try to something else. In this sequel, the flightless angry birds and the green piggies are back on the island. Both the islands are this being threatened by Zeta – the eagle lady from an alien island. Then they both realised that they shall put their battle on hold and come together to save their islands from a rogue eagle named Zeta (Leslie Jones). Will their magical and weird alliance save the day for the frenemies? This has to be watched for. 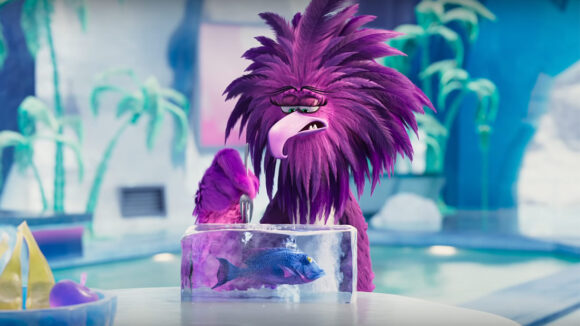 Apart from kids, even the adults will be amused to a certain point. This is to thank vigorous voice work executed in the movie. If the sarcastic tone of Sudeikis’s Red is slightly generic, Jones’s larger-than-life vocal appearance makes Zeta outrageous beyond her flamboyant feathers.

The first “Angry Birds” movie was, convincingly a story of scepticism. In this new and refined sequel, the message is more promising: If we could only put down our disagreements, we sway to save the world. That’s not a bad virtuous after all, which is achieved not by slingshot, but centres that are just adroit enough to keep you flickering along.

The team to truce the island

Hop on to more reviews here…

nextGandikota: The Grand Canyon of India, Why Go Arizona, USA!